Fire & water purification at the Bonfires of St. John in Alicante 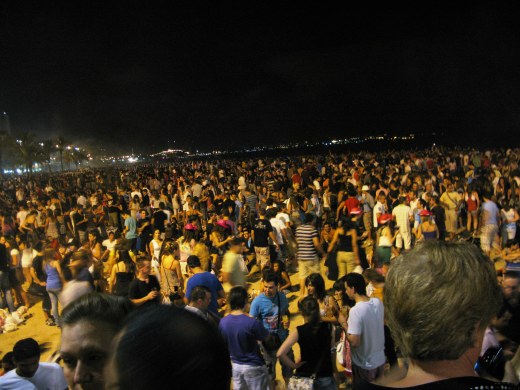 The tradition of bonfires being set and lit during the midsummer solstice is common throughout Europe.

In Alicante, Spain, this is illustrated by the masses getting their beach bonfires ready for midnight on Midsummer's Eve. 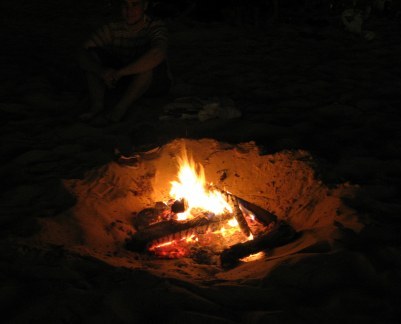 Both fire and water were perceived to have purifying effects and hence arose various traditions around Midsummer’s Eve, with some combination of leaping over or around bonfires and using water as a medium of purification and wish-granting.

After leaping your bonfire in Alicante, and after attending the ceremonial burning of the statues, you run into the sea for purification.

The art of las Hogueras in Alicante

In Alicante, the tradition has become a real art form.

Here, the bonfires (las hogueras) of Midsummer merge into celebration of the coinciding feast-day of St. John.

After being admired on the streets by locals and visitors alike, the carefully crafted statues placed around the city are sequentially set alight on the evening of the 24th June: all, but one. 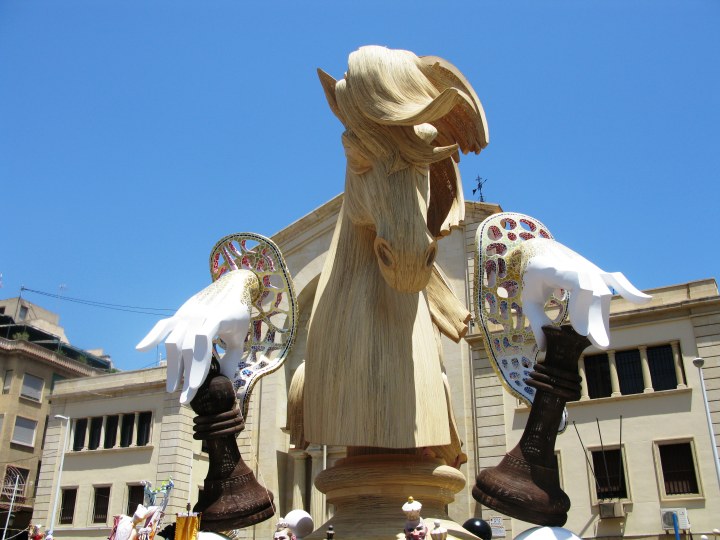 The winning statue is saved from the fires and for posterity is lodged within the museum of Las Hogueras that lies in the centre of Alicante on Méndez Núñez Rambla.

Winning statues from past Bonfires of St. John in Alicante 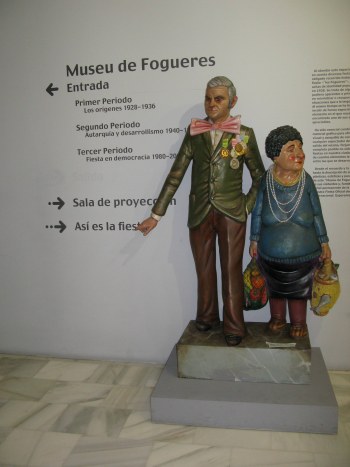 Here, the statues that escape the flames can be admired in years following their original appearance on the streets of Alicante. 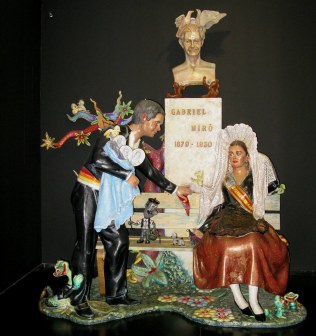 The Alicante Statue Competition is an important part of the Bonfire events. This is when judging takes place for winners within seven categories, ordered into bands based upon the cost of the statue itself.

As the funds for building the statues is borne by the local community committees, the prizes awarded can significantly offset their next year’s construction budget.

The most successful community to date has been Benalúa, with notable wins also by Ciudad de Asís, and the communities of Carolinas Altas, Mercado Central, Alfonso el Sabio and Hernán Cortés. 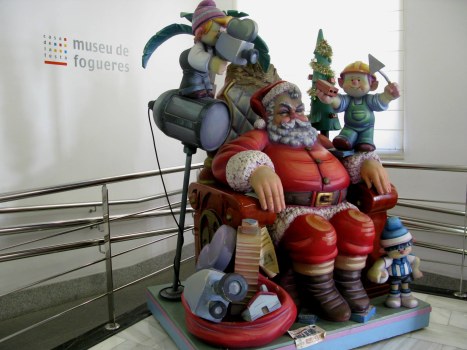 The Alicante Hogueras are an opportunity to profile issues or personalities of the times, writ large in caricature figures where the smallest details are all a contributing factor to the story being told by the statue.

Here are the joys of a married man. 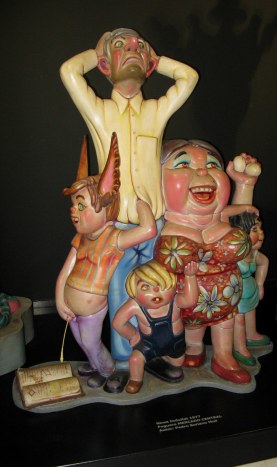 Perhaps it is indicative of the perception of the institution of marriage by Spanish men, for this seems a common theme.

Here, the large breasted lady has her lapdog husband on a leash, while a red nosed admirer fondles her.

This detail is just a small part of a larger pastiche on a similar theme in a section of the musuem.

It reminded me of the Japanese proverb:

All married women are not wives 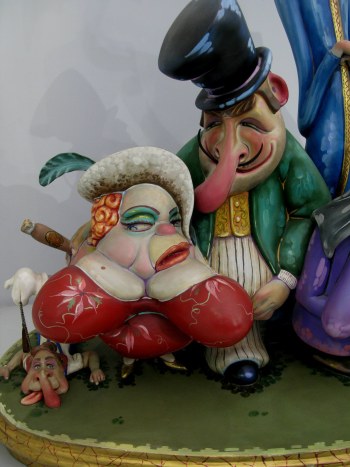 On a happier depiction of the family unit, there is a gypsy wagon on its way. 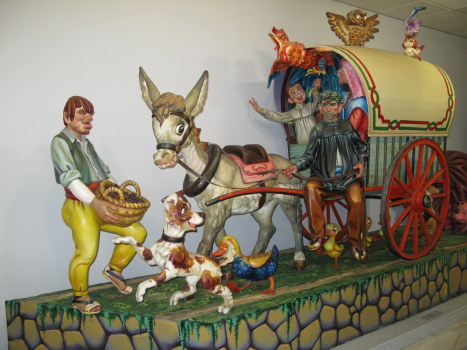 It shows the complications of extended family and livestock to attend to. 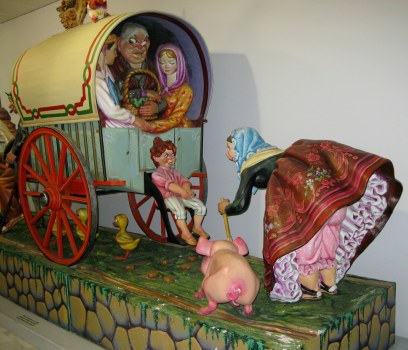 One of my favourites was the attitude of this dog with his nose so proudly in the air.

The next day in my Spanish language course, as I explained my visit, he was one of the easiest things to describe in Spanish to my long-suffering Spanish tutor. 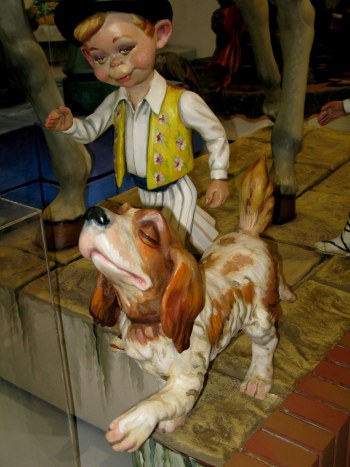 Describing this mermaid was more challenging to my emerging Spanish skills. 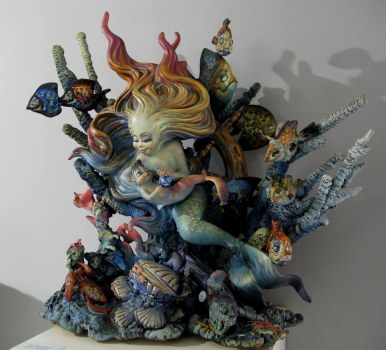 Not recognising the face in caricature as the mermaid, I could also not comment on this mermaid feigning modesty. 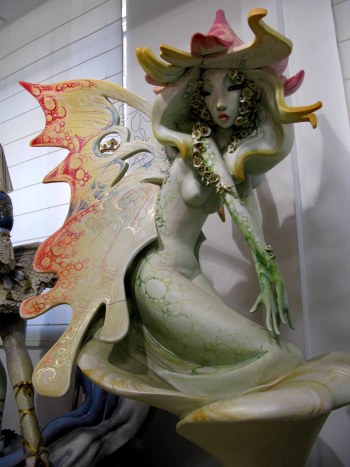 Trying to describe the satire of these power hungry men milking the cow for their own benefit, totally defeated me. 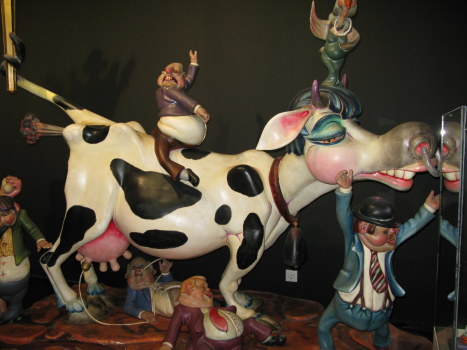 Unlike in Valencia, the Alicante statues were originally made by local artists and painters.

Some of the most famous have been Gastón Castelló, Ángel Martín, Pedro Soriano, Ramón Marco, Remigio Soler, Paco Juan and José Muñoz.

Within the museum are tributes to some of the most famous of these artists.

These included the works of José Carbonell in the 1940s and 50s.

Well known for his satirical sculptures, José died in 1982. 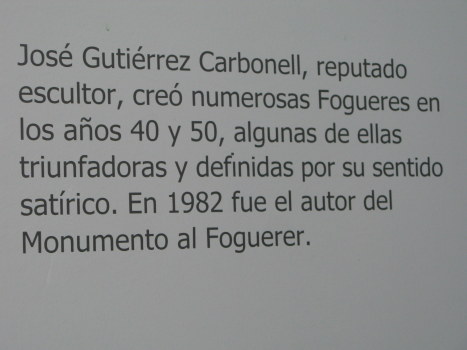 José Carbonell, known throughout Alicante, is captured here forever amongst the statues. 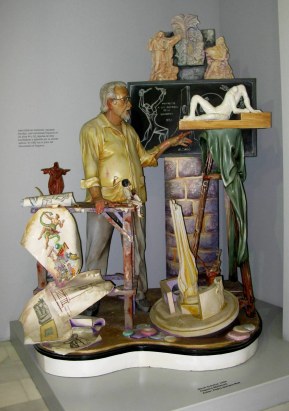 He is surrounded by his own designs... 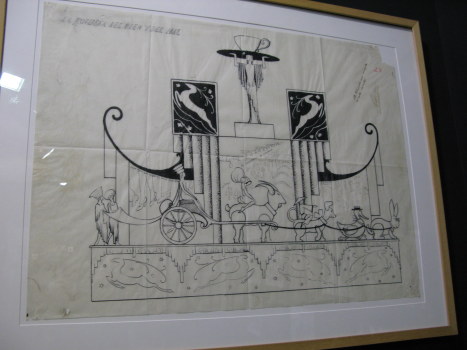 …and posters that reflect his times. 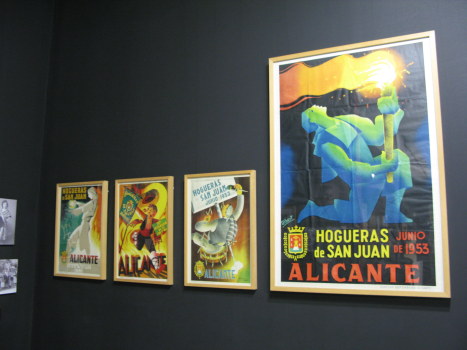 The “niñots” or effigies, are often caricatures of well-known politicians or other well-known figures  - usually local.

In this way, the statues form an important part of the social comment on public and economic affairs of the times.

The complexity of metaphor sometimes requires careful examination to encompass its full message. 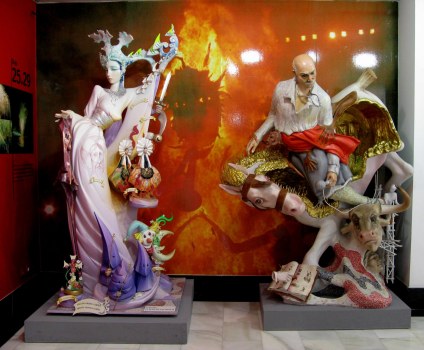 Alicante has more than 30 Museums and galleries.

Not being a 'museum hound', I limited myself to this small house of fun in Alicante’s centre.

The Museum of Las Hogueras left me musing on the comment of Geroge Santayana:

The world is a perpetual caricature of itself;

it is the mockery and the contradiction

of what it is pretending to be.