George Sebastian of the villa Dar Sebastian that sits close to Hammamet in Tunisia is not the famous musician of the same name who conducted the first performance of Moussorgsky's opera, Boris Godunov and also conducted at the debut of both Maria Callas and Renata Tebaldi.

Rather, this George Sebastian had quite a different talent, moving easily amongst the rich, famous and aristocratic people of his time – and coming to his millionaire status by marrying a wealthy American heiress. 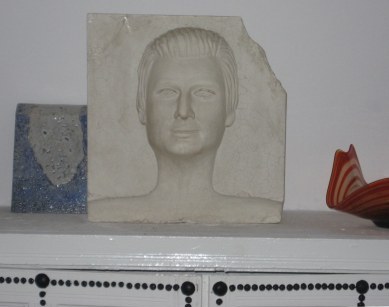 George Sebastain fell in love with the simple beauty of the quiet fishing port of Hammamet and was the first of the international set of the times to build his villa there.

He started a trend that has never ceased.

Frank Lloyd Wright is said to have claimed Dar Sebastian  to be ”the most beautiful house I have ever seen”, but as we see it today, it is elegant but rather sad in its emptiness. 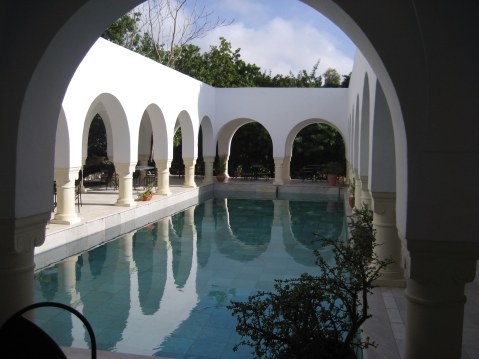 One has to have a vivid imagination to recreate the era when peo[ple such as the artists Cocteau, Elsa Schiaparelli, Paul Klee, Andre Gide, the Sitwells, and Cecil Beaton enjoyed visiting, partying, and undertaking what someone once described as indulging the opportunity to do 'some rather elaborate sinning'.

Perhaps the marble bathtubs for four are a clue.

These are two and the other two face them.

There is an emptiness of spirit that fills the house where such original individuals once partied, but the space is cool, elegant and reflective of the medina which was its inspiration.

It was no wonder that Dar Sebastian was requisitioned by the 'Desert Fox' the much decorated and (by both sides) highly respected, German General, Field Marshal Erwin Rommel, for his wartime Headquarters during the Tunisian campaign. 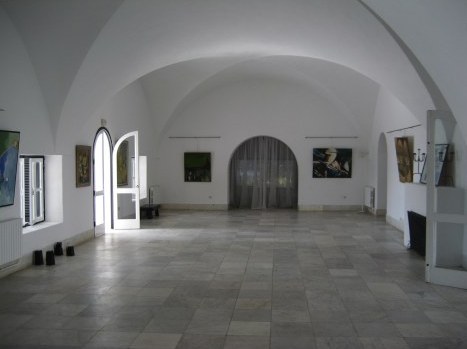 Dar Sebastian was later used by Winston Churchill, who came here while writing his memoirs, before the house was purchased by the Tunisian Government as a Cultural Centre.

To do it justice, have a look at this video created by the first director of the Cultural Centre. 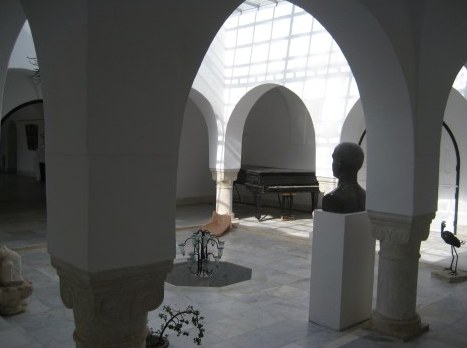 The marble pool and coolness of Dar Sebastian are set in acres of landscaped gardens that were known for their beauty. 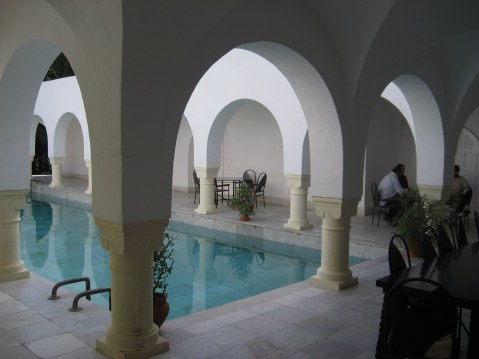 There is just a small guest bedroom.

The master bedroom has beautifully studded doors on the built-in wardrobes, and natural light illuminating the dressing table. 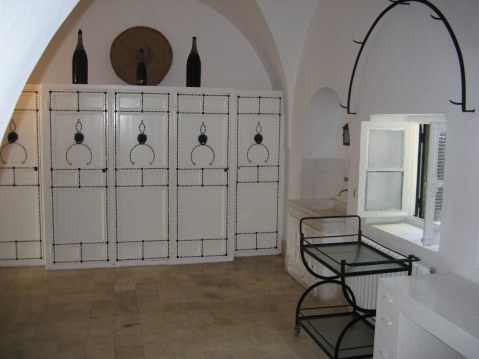 In the garden are two large sculptures with no attribution. 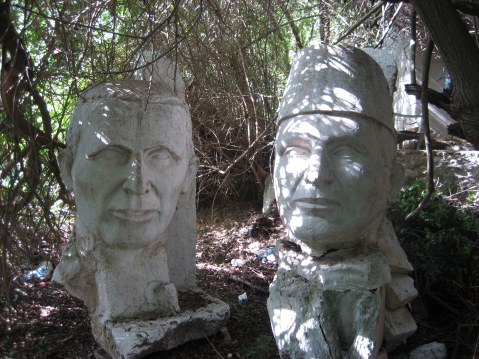 Further down the garden of Dar Sebastian is a huge amphitheatre,  with stunning views of the ocean. 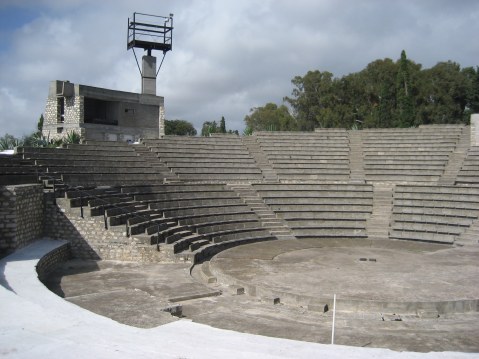 Two of the visitors to Dar Sebastian, Cocteau and Schiaparelli,  collaborated in designing some of Schiaparelli’s original clothing designs.

One wonders how much the clear colours and unusual shapes of the Hammamet setting of Dar Sebastian inspired them.

Chanel called Schiaparelli “that Italian artist who makes clothes”, but Elsa Schiaparelli was nothing if not an original. Her influence is still felt in elegant knitwear, in the whole concept of mix-and-match, and in the wedge-healed shoe which is even now staging a comeback.

Schiaparelli was the first to dye zips to match the dress fabric, to make buttons into small art objects in themselves, and to introduce the asexual thin models on whom to hang her clothes as they paraded on a catwalk in what was pure theatre.

One of her clients was Daisy Fellowes, who owned a pink diamond called the Rams Head. It inspired the colour we now know as Schiaparelli pink – or “shocking” pink that was used to package a perfume of the same name: Shocking.

I gave the pink

the nerve of the red

The Schiaparelli website was formerlys a piece of fantasy befitting someone who drew inspiration from seafood with her lobster dress and introduced Arab breeches into the fashion of the early 1900s.You could roam the mouse over her sketches and activate sound clips…a dog on the post card on the bottom suddenly coming into action to bark at you.

The House of Schiaparelli is now under the ownership of Diego Della Valle, the Italian heir to the family shoe-making business, now Tod’s. To me, the site has now lost its originally wit which was the essence of Elsa Schiaparelli. However, it does give a short biographical snapshot of here fascinating life.

Schiaparelli's grand-daughters were the model Marisa Berenson and the photographer Berry Berenson.

Berry married the actor Anthony Perkins and died in the September 11th flight that crashed into the north tower of the World Trade Centre – nine years and a day after Perkins death.

But at the time of Dar Sebastian and Hammamet's prime as a gathering point in the East of the Western creative elite, such sadness of the future could not be foretold.

Looking at the piano standing unused in Dar Sebastian, one cannot help but imagine the group of artists and intellectuals that had gathered around it in the early 1900s, their wealth giving them the freedom to explore and enjoy this beautiful part of Tunisian coastline. 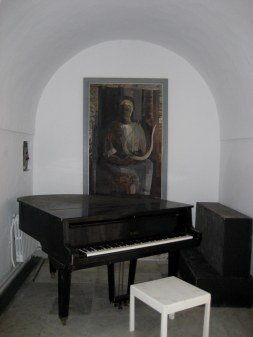 These people lived as if to echo the words of Jack London:

The proper function of man

I shall not waste my days

in trying to prolong them.