Wander in Paris as I may, I am always drawn to the Eiffel Tower.

This time, I thought the Australian Flag flying on the banks of the Seine with the Eiffel Tower behind must be there as a very personal welcome! 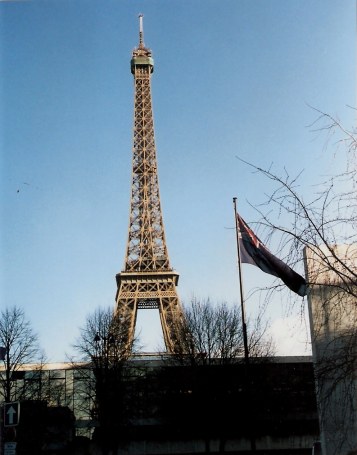 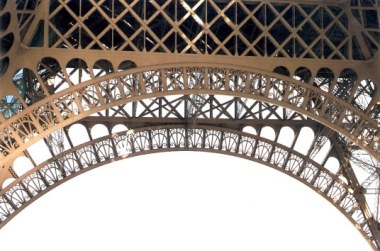 It always amazes me that this fabulous structure was just built to be the entrance arch of the 1889 Paris Exhibition – and that it was built by people using wheel barrows and picks and shovels. Thank you Monsieur Eiffel.

When visiting, I always watch the video of its building and am humbled by the genius of the inventors of this wonderful era in history when people dreamed to created follies as magnificent as this and the Crystal Palace, in London.

The tower is an engineering masterpiece - but it is also art.

Just look at the detail of the supporting arch as this melds into the patterns of the rising structure of the tower itself. 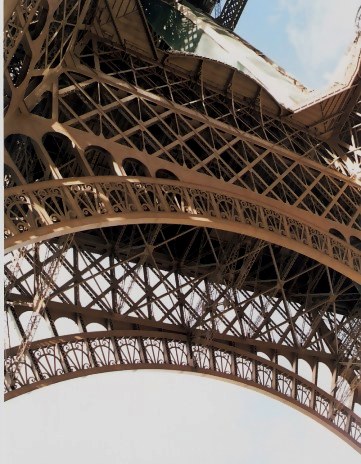 A piece of the Eiffel Tower in New Orleans

I was later to form a more personal connection with the tower by dancing regularly in the Red Room on St. Charles Avenue in New Orleans.

Who would have thought that you could dance in part of the Eiffel Tower in New Orleans? But that is part of the magic of the Crescent City: it's full of the unlikely, and at that tim,e, you could.

The Red Room's structure was formerly an Eiffel Tower restaurant that was dismantled and all its 11,000 pieces reconstructed in the 1980s in New Orleans.

The detail was true to the original, with even the bar being a copy of the original. It had a skylight above a metal and glass etched awning.

George Lancelin bought the restaurant in return for dismantling it when in 1981, engineers attributed its extra weight as the cause of the tower sagging slightly. However, his hopes of recreating the restaurant were dashed when French authorities forbad Monsieur Lancelin from erecting it anywhere in France with the name ‘Tour Eiffel’ - Eiffel Tower.

In 1982 it was bartered to Moreton Binn (I often wonder for what), who owned the bartering company Atwood Richards Inc., in New York.

I am much taken with the concept of a bartering company.

Imagine the potential. If you bought the last of the Space Shuttles, what would you barter it for? Perhaps a recreated Tardis?...a French Country villa? … the Simplon Express?

In any case, Mr. Binn (a wonderful name for the owner of a bartering company) eventually found a buyer in John Onorio, General Manager of Century Hotels in New Orleans. The story of its eventual funding and reconstruction was detailed in an article in the New York Times which suggested that the new design of the traditional restauraunt within an elevated new framing structure that recreates the light and suggests its former elevation is evocative of a Paris Metro station entrance. The same article of Dec 10th, 1986, gives this wonderful overview of the planned menu:

The dinner menu will offer a traditional coq au vin, which is not generally available in New Orleans, for $8.50. Duck glazed with gin and served with a light brown sauce, pearl onions, green olives and juniper berries is $11.50. At $16, an eight-ounce grilled filet mignon with green peppercorns is the most expensive entree. Lunch prices will vary from $8 to $14, and dinner from $18 to $25.

The New Orleans piece of the Eiffel Tower had a troubled history as a restaurant and, after sitting idle since a few years prior to Hurricane Katrina has re-opened as the Eiffel Society: a great place to host an event - but like many restaurants globally, the Covid 19 pandemic caused closure. If you would like to be the new tenant, here is a link to its details.

Sadly, one of my very favourite restaurants, Liuzza’s Restaurant & Bar in Mid-City New Orleans has also closed after running continuously since 1947.

Is it worth climbing the Eiffel Tower?

But back to the original: Is it worth the climb to the first platform of the Eiffel Tower?

If you can make it: Yes.

I thought the view worth the effort.

Somehow the clear cold lines of the metal structure seem a good frame for the golden dome of Les Invalides. 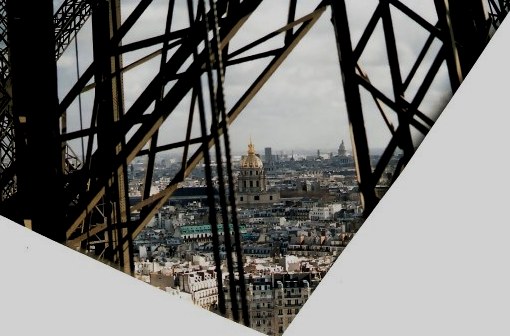 The tower structure seems to echo those of the bridges on the River Seine, below. 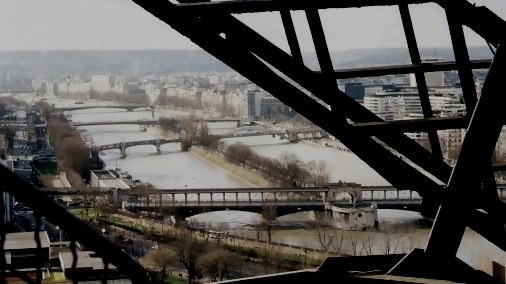 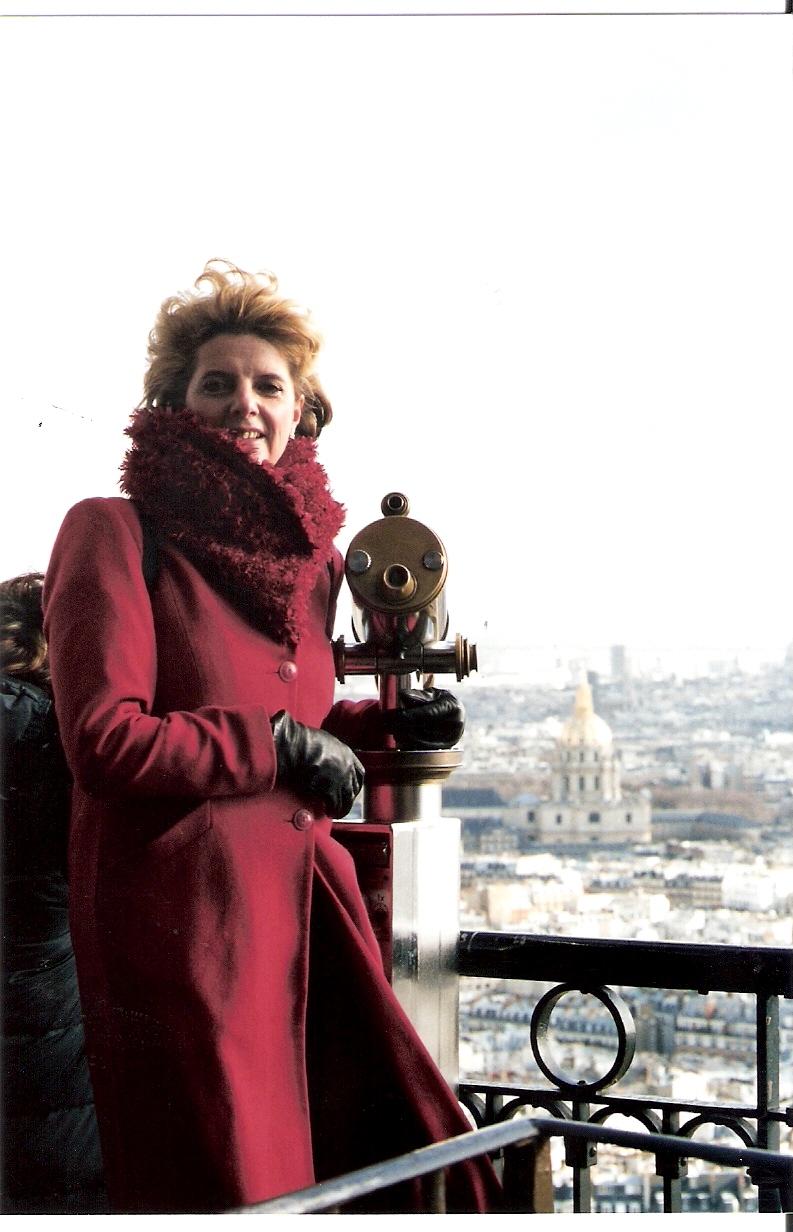 Wind and cold and the 347 steps to get there aside, it is a heady experience to be standing there with all Paris at your feet – but the further 327 steps to the next level I declined.

One of the best viewpoints from which to view the Eiffel Tower is actually from a distance  - on the other side of the Seine at Trocadéro, beneath the golden limestone buildings of the Palais de Chaillot.

From the first platform of the Eiffel Tower you can see Trocadéro beautifully laid out below. 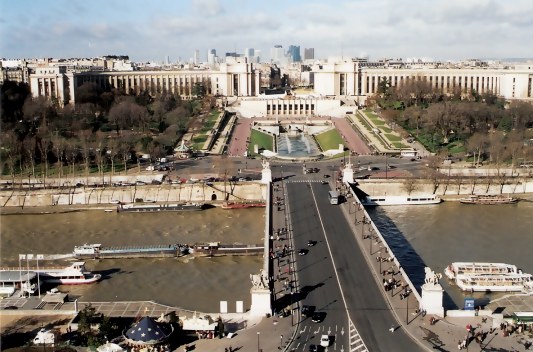 The tone of mind produced by architecture does approach the effect of music.
It can create harmony in the landscape  - just as a memorable musician creates harmony within music.

As we look at this elegant boulevard linking both sides of the Seine, one cannot but agree.