When parades go to the dogs:
The Krewe of Barkus

In the 12 days leading up to the big New Orleans Mardi Gras Parade, there are many parades each day.

One of the most delightfully in 'N’awlins' is the New Orleans Mardi Gras Dog Parade.

Wandering through the French Quarter is a 'tail of delight' for onlookers. I am not sure the dogs all agree – though they seem to enjoy the attention.

Naturally, the parade of the Krewe of Barkus starts with a band. 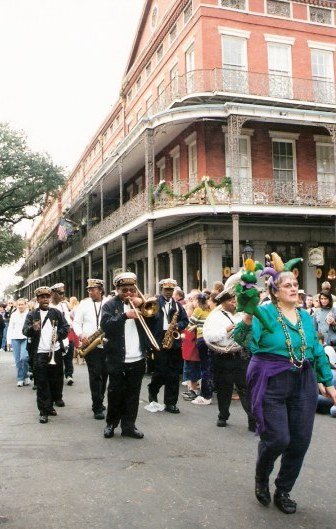 This is followed by an assortment of locals who have outdone themselves in their costuming of their furry friends.

Costumes range from those where dog costume matches those of young owners... 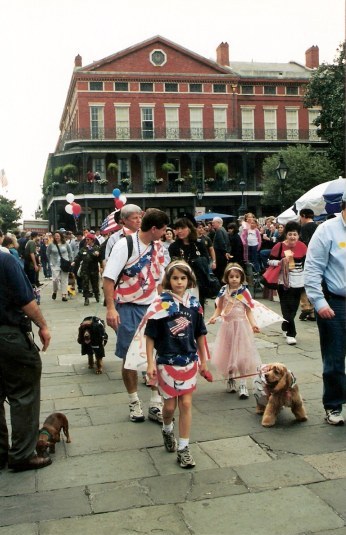 …through to the always popular fire-fighters… 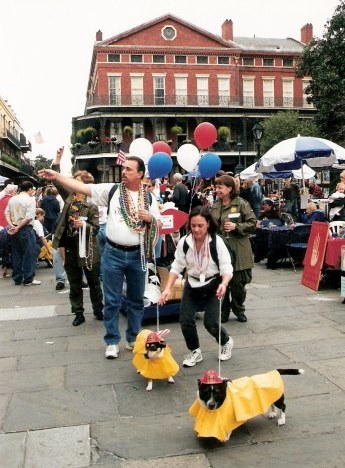 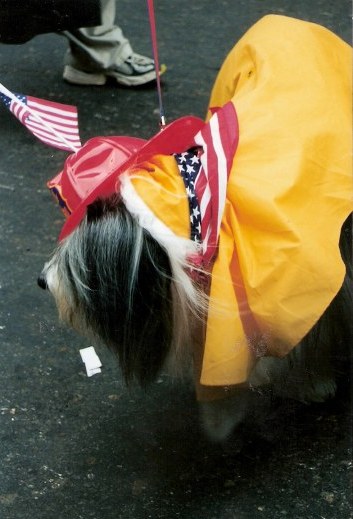 …but still retaining a sense of purpose as he marched briskly on. 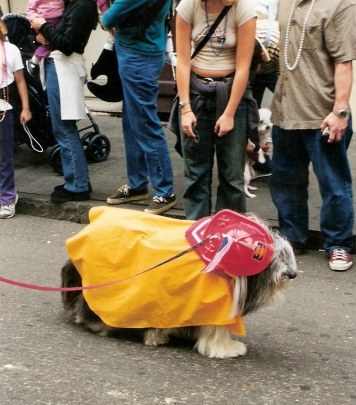 There was also a traditional fire-engine 'spotted dog' - a pretend Dalmatian mounted on the front of a toy fire engine behind which sat as driver a hefty chap - half Rottweiler and half Labrador. 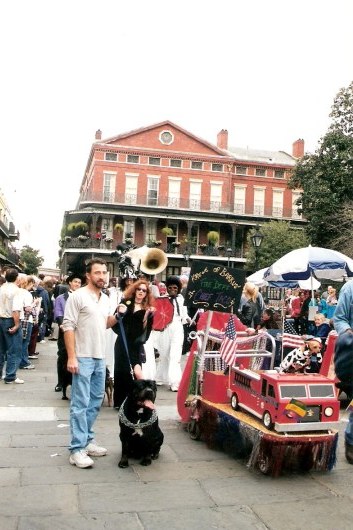 There were some unlikely looking rescue dogs.

I guess they could sniff people out of collapsed doll houses. 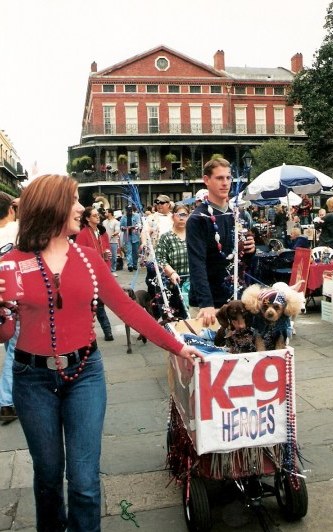 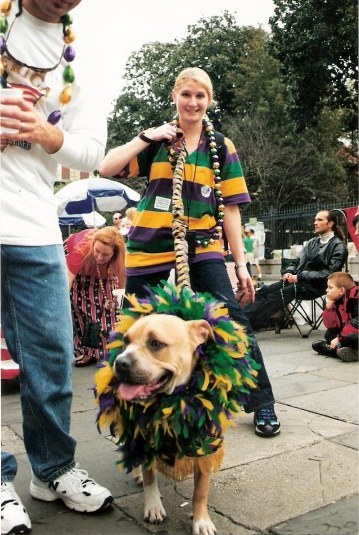 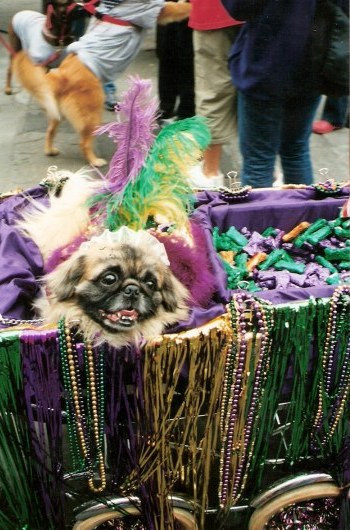 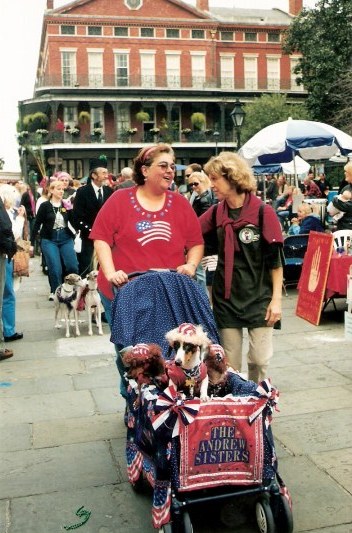 …and lots of red, white and blue… 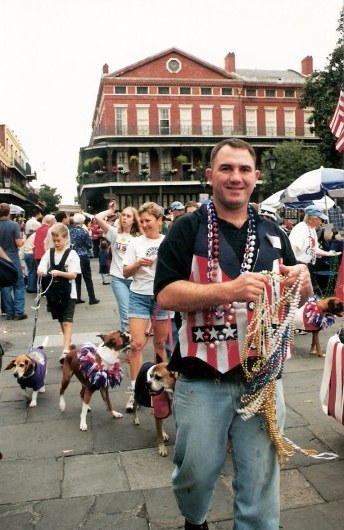 …and stars and stripes… 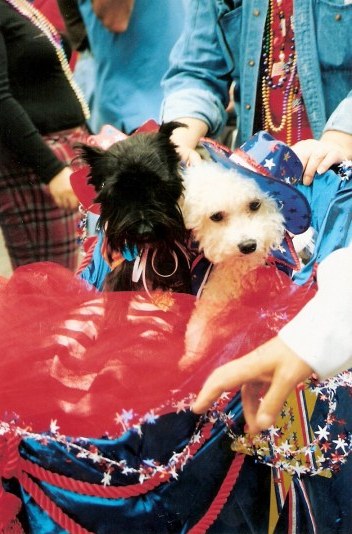 …though some of it was more pink than red - maybe the colours ran in the wash.

Although this pink poodle seemed unabashed,  I thought of the question often posed, as to whether other dogs think poodles are members of a weird religious cult. 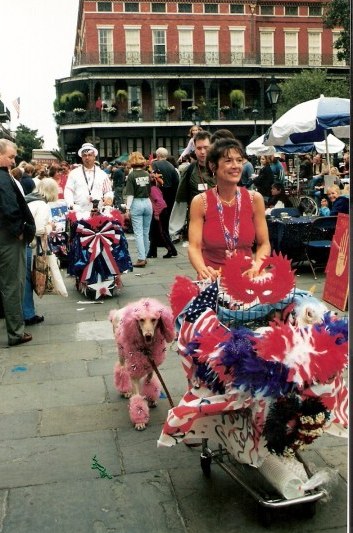 There was even a patriot leading the Nasdogs. 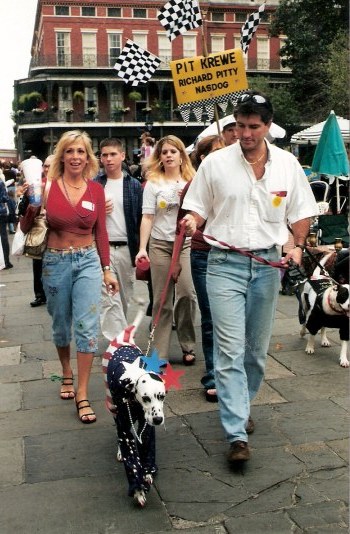 Who let the dogs out?
Krewe of Barkus
fancy dress excess and dignity

One went for a more formal approach.

He reminded me of the quote from Robert Benchley:

as they are already stretched and pulled to such a length

that the child cannot do much harm one way or the other. 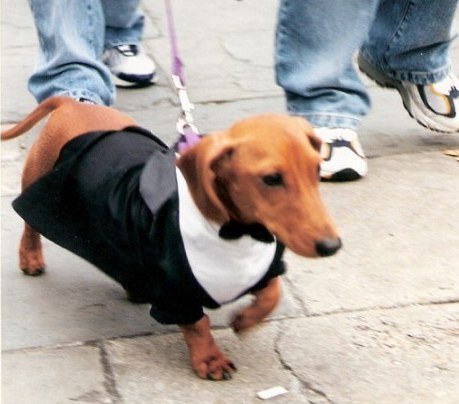 Others were just plain 'too too' – in tutus… 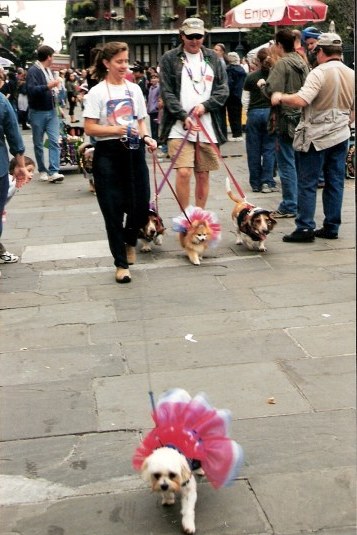 ..or having really gone 'over the top', with all-over body paint. 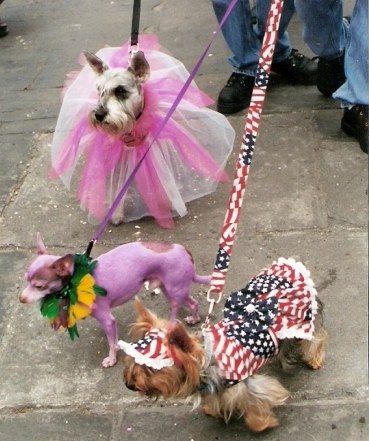 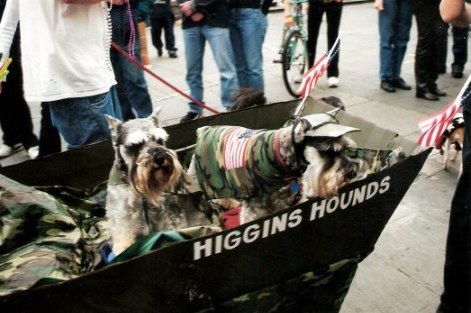 ..escorted by a camouflage hound. 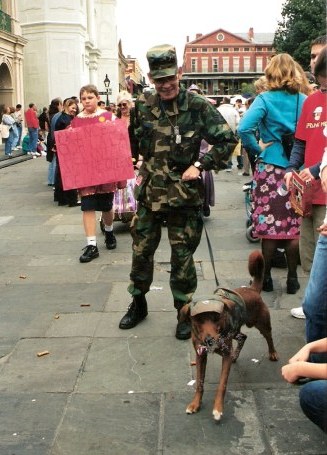 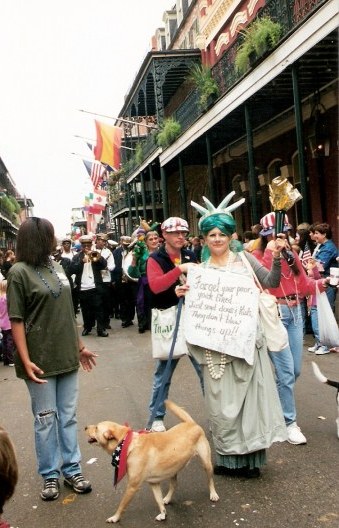 Others were just root-tooting along. 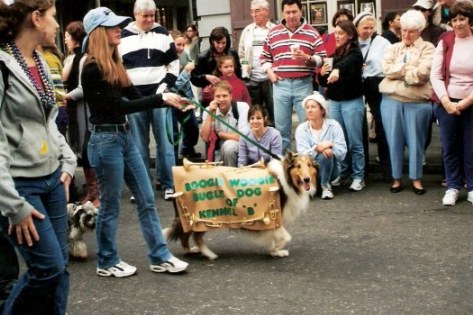 Each year the New Orleans Mardi Gras Dog Parade of the The Mystical Krewe of Barkus grows in size and creativity. 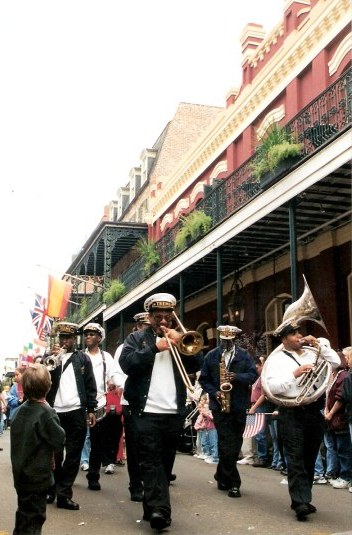 Here is a video:

As Samuel Butler wrote in his “Notebooks”:

The great pleasure of a dog

is that you may make a fool of yourself with him

and not only will he not scold you,

but he will make a fool of himself too.