Like most port cities, New Orleans has always had a mix of affluence and poverty.

On the edge of the French Quarter when I lived there you could see  some of the derelict warehouses that line the river. 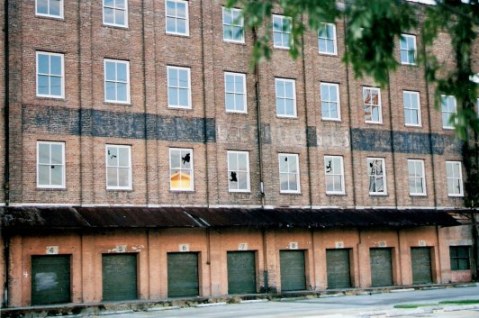 The New Orleans Centre for Creative Arts, the Arts Business Program and fostering of the arts of the crescent city 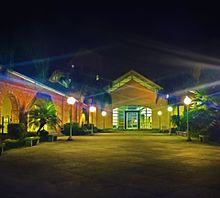 It is just such an empty building – blocking the river view, that is now one of its key features.

Such empty warehouses are things that one of New Orleans many real 'living treasures' saw as being an opportunity to redevelop as a center for creative arts – giving local young people an opportunity to train, learn, practice in their art, and become the best that good tuition could foster.

So was born NOCCA – The New Orleans Centre for Creative Arts.
The catalyst who gathered other like-minded community leaders together to create NOCCA was Shirley Trust Corey, former head of the Arts Council New Orleans. Here is Shirley telling the history of NOCCA

Amongst other things, under her direction, the Arts Council of New Orleans also tackled one of the eternal problems of the arts community – how to make art your business without sacrificing the key elements of your art.

The ensuing Arts Council of New Orleans 'Arts Business Program' – run with a lot of relevance of content and networks and not with much money – won national recognition from the National Business Incubation Association  in 1999 as 'Business Incubator of the Year'. I cannot now find a link to it on the Arts Council website. Its loss will be much missed.

I loved working with Shirley for her inspiring foresight, charm, drive, ability to motivate funders and her team equally -  and her infectious laughter and those dancingly wicked big blue eyes!

It’s not easy having ideas that require millions to achieve their goal – and the way is fraught with obstacles, less-than-helpful commentary from the sidelines – and probably even moments of self-doubt.

So what drives these people who create the catalytic institutions of the future?

Shirley Trusty Corey comes from a teaching background and is driven by her belief that:

The arts must be considered an essential element of education.

They are tools for living reflectively, joyfully, and with the ability     to shape the future.

I felt it was a  very great privilege to work with Shirley. She is one of those people who inspires others to achieve the very best for their community – and like the others mentioned on these pages on New Orleans, she deserves our thanks.

Thanks - not just on behalf of the hundreds of students and artists that benefit from the new opportunities she and her dedicated teams opened up for them – but for the fact that the facilities she spoke into existence with  others feed the creativity we so much treasure in New Orleans.

To know where it's at in The Big Easy, listen to WWOZ

It is hard to single out individuals who excel in New Orleans – or who have made generous and imaginative contributions to the city – for there is such a long list – just of those I had the benefit of coming to know when I led the development of the first ever Music and Film Strategy for New Orleans.

If you want to check out the sound of the city, you can listen online to the New Orleans public-supported community radio station WWOZ.

Here is the link: Listen here to WWOZ

You might even become a member yourself – most of the supporting membership is from outside of New Orleans - and a substantial number from other countries.

Performers need good food – and there is good food aplenty in a city that prides itself on its rightly famous cuisine.

In New Orleans there are some places that become as iconic as the performers who frequent it, and The Hummingbird Grill used to be just such a place.

You would be plowing through a sizeable breakfast with your friends and suddenly realise that the people at the next table were members of a famous band who were in New Orleans to give a visiting performance. 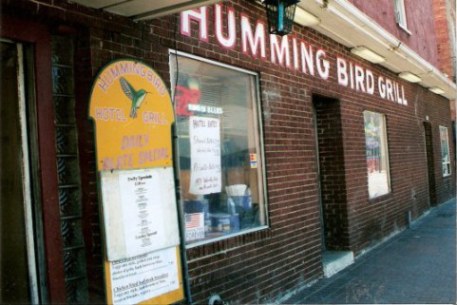 It was sought out by those “in the know” for its authenticity, good food, low prices and hearty staff, breakfast here was substantial, good food, and cheap:
3 eggs, a grilled pork chop, choice of grits, hash browns or rice, biscuits and coffee – for $7.50) .

The more you read the 'Discover Interesting Places' pages on New Orleans, the more you will have come to understand that New Orleans is a city where people get out there and contribute. They ‘own’ their city by such contributions.

One such is the typically New Orleans approach to addressing racism.

When I first arrived I was really impressed by this bumper sticker that I kept seeing on the rear bumper-bar of vehicles of every type and every price range.

The clever combination of words says it all.

Eracism: What is it?

It is a group of like-minded people who gather together at various coffee houses around New Orleans (and now on the web) to discuss issues from the press and air viewpoints on whether this is a racist issue or not - and discuss how it is perceived from the viewpoint of different cultural backgrounds.

It all started in 1993 when a white woman, Rhoda Faust and a black woman, Brenda Thompson, decided that there were too many hate-filled letters appearing in response to the Times-Picayune newspaper’s series: “Together:Apart -the Myth of Race”.

The two women met after an exchange of letters and decided that they had common views. They wanted to create some sort of symbol that proclaimed that from whichever background such hate-filled statements were made, they did not speak for the majority: the bumper sticker became that symbol.

The Erace members discussions are based on that word which we have almost lost in our English-speaking countries : Respect.

The person speaking is not to be interrupted while speaking. You can disagree with what is said but not be personal against the person saying it.This is a chance in a multi-cultural informal friendly group to stretch your perspective and challenge your own viewpoints.

My friend who had introduced me to Erace went as the Eracism representative to a forum at Tulane University. Here on this day, various groups who were addressing racial issues were to make presentations of their work.

Following his overview on ERACISM, a student asked skeptically:

“You mean you just talk?

You don’t DO anything?”

Eracism has grown from its New Orleans roots and now has new global membership.

You could also become part of the effort to ERACE racism. Here is the link to the website.

New Orleans's most famous son, Louis Armstrong, summarised his philosophy in the spoken introduction to his 1970 recording 'It's a wonderful World'.

We could all learn from it.

see what a wonderful world it would be

if only we would give it a chance.