Photo taken on the Rhine ferry 2009 with Gustav my Audi Avant - my travelling enabler who took me to Croatia and back, all around Germany from the Ostsee to Bavaria, Austria, Luxembourg several times, Brussels, the Netherlands to collect my new travelling companion - Balu the Chow Chow puppy who came there from Hungary where he was born - all around France and the island of Oléron, and up and down the Romantic Rhine where I lived and which I enjoyed so very much - and miss. 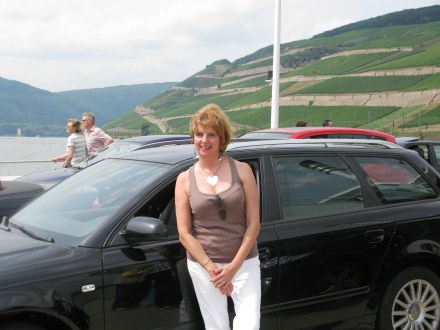 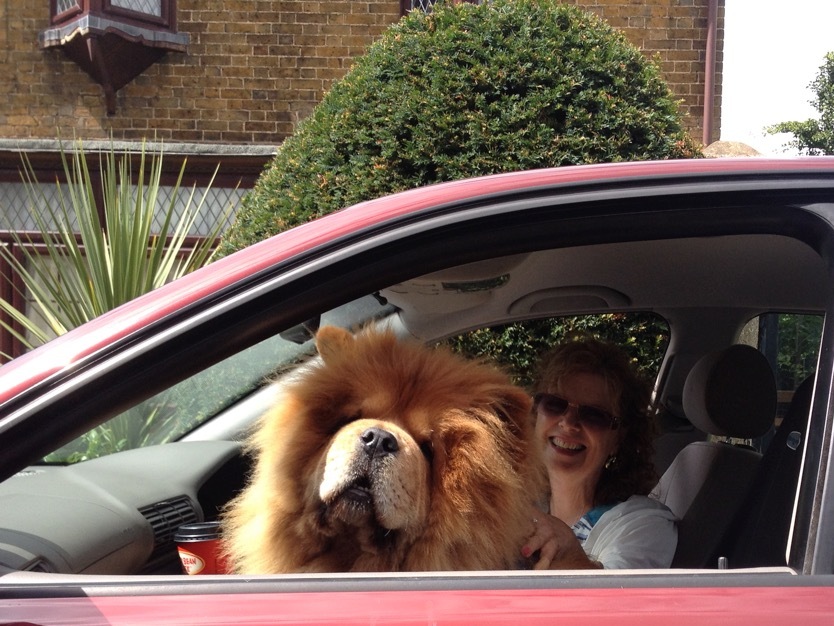 What is the background of Paquita Lamacraft, the author of

Why does she travel and what are her credentials?

The short answer is that I love to travel, I love talking to people along the way and I take pleasure in the simple things –while not being immune to the lure of luxury.

I laugh a lot, think a lot, read a lot – but mostly I learn from the people I meet, and their actions and character.

Why have I travelled so much? Fate. Fate has caused me to accept that change is my natural habitat.

Because of work and supporting personal relationships, I moved all around Australia, then to Canada (travelling often above the Arctic Circle, even as far north as Eureka - one stop short of Alert, after which you are in Russia. I was privileged to see the Northern lights many times but only twice in a full range of pastel colours), then to the US, England (several times), to Australia again, back to the US, briefly to Bologna Italy and to the Dordogne in France, once more to England and then to Germany where I lived happily for 7 years, learning German from a base of nil (Me! Who was in a remedial class for French learning in school). Now  - again through the way life turns out - I am in England again after a short time in British Columbia, Canada.

In the course of this I have had a variety of working experiences.

After working in corporate environments in the US (Minnesota, California, Texas and Iowa) - and a fast growth start-up in Europe, I later became involved in Economic Development, eventually being Executive Director for Regional Development for a large cross-border region in Australia. In this role I was often on the other side of the microphone - and learned a lot about being interviewed for TV .

This background and post-graduate studies led to roles in Cultural and Tourism Development and caused me to spend some wonderful time in New Orleans facilitating the Music & Film Strategy.  I have been in love with New Orleans ever since. It's film industry now thrives and a recent Economic Evaluation marks our strategy as the beginning of that journey.

In the most un-English of cities, Milton Keynes, I led the development of the Cultural Strategy and drafted planning guidelines that underpin the second stage of growth for one of the fastest growing cities in Europe...and designed the introductory showcase for Her Majesty Queen Elizabeth, and Prince Philip. They gained my unfettered admiration for breaking their tight schedule to engage with two young aspiring Paralympians.

In Germany I returned to the corporate world again, leading workplace IT transformations for global companies - and again travelled: to The United Arab Emirates, Qatar, Dubai, Helsinki, Den Hague (The Hague) and Thessaloniki - and a short stint in Paris (hard to accept but someone has to do it!).

In the course of all this I have seen more places and talent than has probably been a fair share – but do not plan to stop expanding the circle of experience.

I have met some amazing people and learned that the “anointed” seldom hold the keys to the future, be it in a company, a city, or a region. Instead, it rest on the authenticity (so rare in our world of ‘instant-on’), the characters, and the dreamers - and how these colour the place in overlapping vibrance - for this is what will finally mark out its future.

Tapping into the individual creativity of industry leaders has been my key to successful improvements in a region’s competitiveness – and for the transformation of a company to adapt to the realities of a changing market.

Helping influence the future positive options of a geographic region or city is a passion that still influences my current work. I believe that "fun" is a too much overlooked vital component of life and that it alleviates the most challenging of circumstances  - and I am sure you will have a smile or two as you read and travel with me.


I seek the quirky. It is remarkable how often it is there to be found...like these bears below  outside a shop in a fantastic French Wine town when I took some travellers on a whirlwind tour of the region when they were stranded in Frankfurt by the Iceland ash cloud in 2010 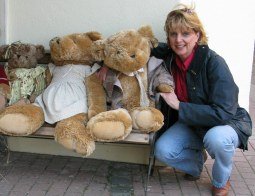 This well dressed snowman appeared unexpectedly at a corner of my hometown in Oppenheim, Germany.

These little piggies were off to market in Cuba and their image was captured in a brief moment as we passed. 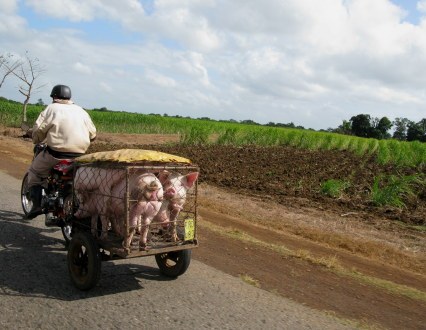 So that is a vignette giving a personal introduction to your author. I hope all this background helps you to travel easily with me and feel as if you know me as a travelling companion.

It delights me to hear from readers so please introduce yourself.

When you read about a place on this website it would delight me if you felt as if you had been there too - and that in this way you also have been able to discover-interesting-places.