The Art of Dominoes

Games of dominoes can be seen throughout Cuba. In Havana the pleasure is not just for the players.

Baseball might seem to be the national sport of Cuba, but a game of dominoes is for all to enjoy - and you see it being played all over Havana, like this serious group playing or silently observing, near the University. 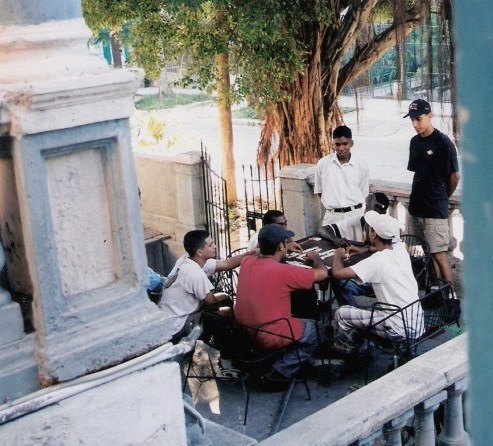 Watching the concentration of both observers and players, I was reminded of the quote of Max Euwe:

Both are required to be a respected dominoes player – and the skill speaks well for the development of creative and strategic thought that is the hallmark of people in Cuba – people who have made innovation an art form with their solutions to everyday problems. 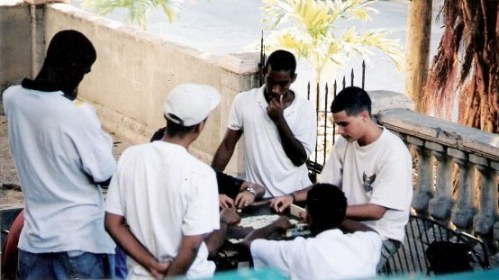 In the craft market one day I saw a stall selling dominoes in boxes that were works of art in themselves.

I couldn’t resist – and ended up buying five. 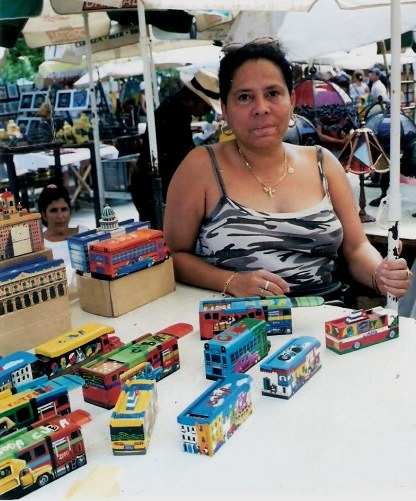 Many were painted as if to replicate the Camelos – long improbable buses made from semi-trailers that were used to transport hundreds of people at a time in stifling heat and close bodily contact.

Although I bought the dominoes with the intention of giving them as gifts, they have stayed with me through all my travels, for they portray the Havana of the time, with the strange mix of vehicles… 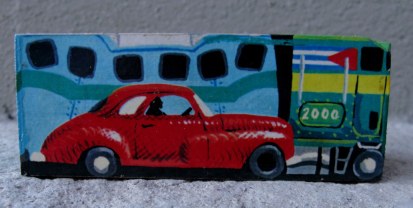 …trucks jammed with people, like those you see waiting on the highways beside the man in the yellow jacket that shows he is an official human taxi control centre. He gathers destinations and matches them to the passing vehicles, despatching people accordingly. 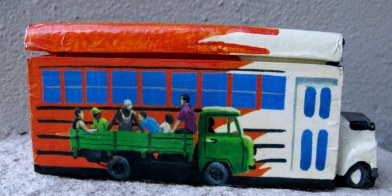 Sometimes in a truck… 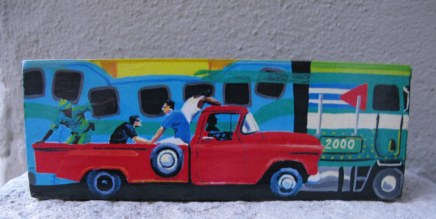 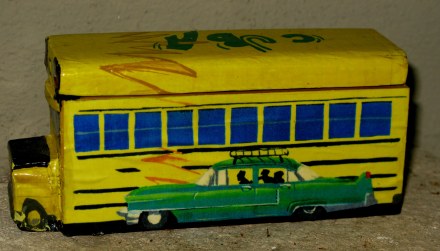 As well as the bigger domino boxes there were some larger, like this one with colourful larger classic cars…

…and on the smaller domino boxes, there are smaller Classicos of more humble status, painted beside the smaller buses like those that ply the routes from Habana Centro to the barrios and to nearby districts. 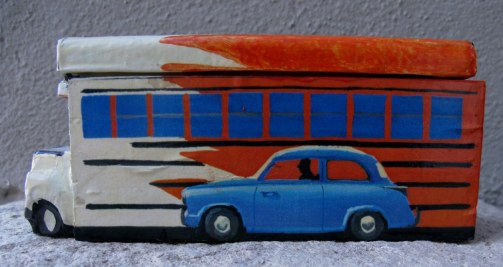 One of these looked distinctly like a Morris Minor 1000… 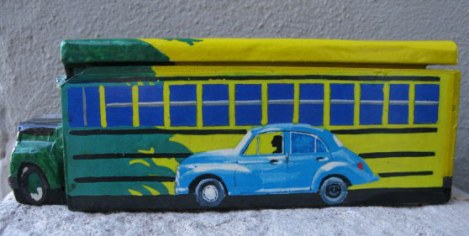 On another is one of the then newly introduced Chinese motorbikes. 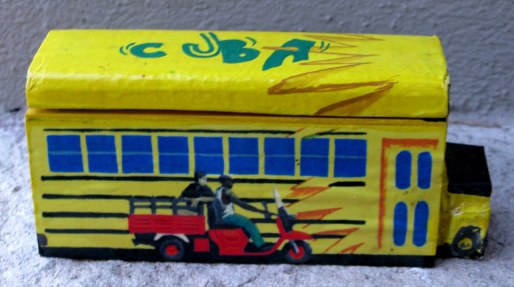 Irony is ever present in Cuba: in Havana on the domino boxes

As with so many things in Cuba, in creating these artistic domino boxes the opportunity is not lost to leave you with some typically ironic Cuban humour.

On the back of several of the domino box buses is painted:

…and on the rear window, a clever word play. 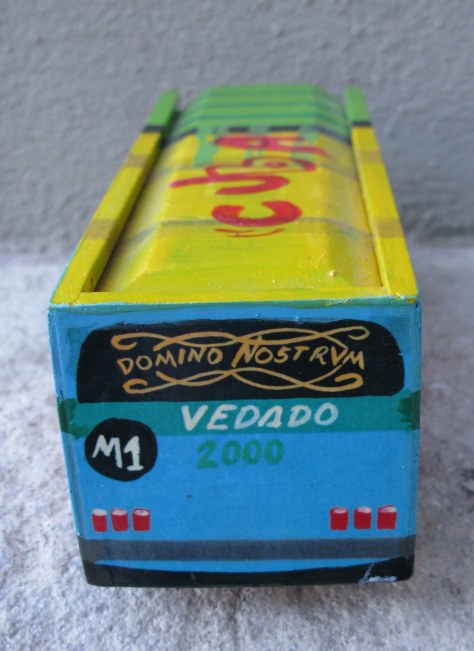 Choose from the following list of options as to what this means:

It could be a blessing in Latin from the Atonement:

…or literally say 'our masters'

…or it could simply be saying 'our dominoes'

At any rate, each of the painted boxes holds a complete set of carefully made dominoes, and they are regularly used in my home. 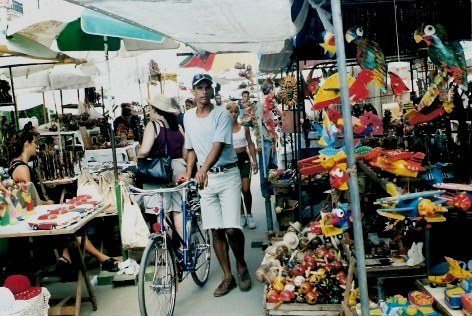 It’s worth visiting more than once because the vendors vary. 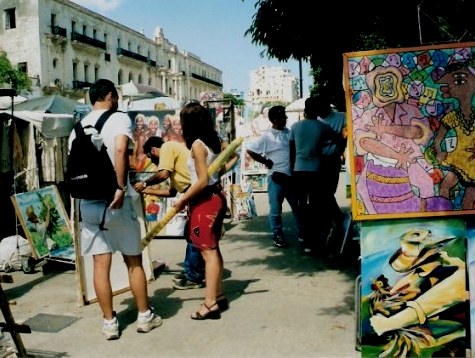 Dominos: is their box a craft, an art, or both?

For the purists among those reading, you may be mulling over the much debated question that often arises about such things as my domino boxes.

Are such things art?

Or are they craft?

This is an unending debate: What constitutes one as against the other?

I find them quirky. I like them - and that is good enough for me – and rather than leap into that discussion, I prefer to look at my domino boxes as really fine design.

Millard Sheets is recognised as the founder of what later came to be known as the California Water Colour Movement. In addition to water colours and illustrations, he painted murals, was a printmaker, and notably also an architect.

But it was in his role as an art judge that Mr. Sheets (great name for someone who must have used thousands of sheets of paper in his lifetime of art and architecture) made the observation that:

Good design is a great combination -

and a deep reverence for the love of life.

The painted Cuban domino boxes would not be classed as great art by many but for me these qualities qualify them as very good design.